Working together to support the North Lincolnshire Armed Forces community

North Lincolnshire Council are here to support all our Armed Forces Community, whether you are serving member, a family member, or a veteran.

North Lincolnshire Council signed the Armed Forces Covenant[PDF, 100Kb] to show our commitment to the local Armed Forces community. We have been awarded the Gold Award under the Defence Employer Recognition Scheme. 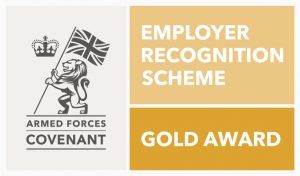 We also champion a number of initiatives including:

North Lincolnshire Council has a dedicated Armed Forces Hub to support all of our Armed Forces Community, the hub is at 186 High Street in Scunthorpe.

The Veterans Gateway put veterans and their families in touch with the organisations best placed to help with the information, advice and support they need – from healthcare and housing to employability, finances, personal relationships and more.

The Veterans Advisory and Pensions Committee (VAPC) acts as ombudsman and exists to serve and support ex-service personnel, their widows or widowers and their immediate family members by providing prompt comprehensive support to those in need.

It is not a charity, but an independent non departmental public body, established by Parliament under the War Pensions Act 1921 and Social Security Act 1989.

Members are recruited from the Yorkshire and Humber area and include both service leavers and civilians. Individuals are appointed by, and are responsible to, the Secretary of State for Defence. Limited resource support is provided through the Ministry of Defence but committee members are unpaid volunteers.

Having done that it:

More information is available from Veterans UK on Gov.UK and VAPC Yorkshire and Humber on Gov.UK

There is funding available to support projects that fulfil the aims of the Covenant through the Armed Forces Covenant Fund Trust.

Defence Discount Service – provides discounts both online and on the high street for members of the Armed Forces, Veterans and Armed Forces Community.

You can purchase an Active Card from any North Lincolnshire Council Leisure Centre with proof of address and circumstance. Cards cost £5.50 and are valid for 12 months from date of purchase.

Future activities could include:

UK War Memorials – a one-stop shop for information on all UK war memorials along with where to go for advice and funding.  Discover how you can be at the heart of protecting and conserving local war memorials.

Let us know how you support the Armed Forces Covenant

Let us know what you are doing to support the Armed Forces Covenant by emailing armed.forces@northlincs.gov.uk

Even simple demonstrations of support (such as displaying the Armed Forces Day window sticker in cars and businesses) can have a positive effect. The benefits could be mutual, with local armed forces getting involved in local projects, educational and sporting events.

Opportunities are available to support your local Armed Forces community by becoming a volunteer in the Armed Forces Community Hub. For more information or to register your interest please contact us at armed.forces@northlincs.gov.uk.

The MOD’s Enhanced Learning Credits Scheme (ELC) promotes lifelong learning amongst members of the Armed Forces. The scheme provides financial support in each of a maximum of three separate financial years for higher level learning of a nationally recognised qualification at Level three or above

There are a number of training packages to support delivery of the Covenant, specifically designed for front line staff in local government, housing and the NHS.  You can find the training using the following links:

Support and advice for the Armed Forces community

There are a wide range of services specifically designed for the Armed Forces community available from the Ministry of Defence, public sector and voluntary and community sector organisations.

Responsible for the UK armed forces.

A wide range of charities provide support and care for the Armed Forces community.

Information on healthcare support and services.

Financial support for the Armed Forces

Links to organisations that can provide financial advice and support.

Members of the armed forces, ex-service personnel and their families can face unique housing challenges. The information below aims to help you consider the alternative housing options that are available for you to find good quality, affordable housing that meets your individual needs.

We offer advice about a range of housing options and services, these include:

Support services for armed forces personnel and their families.

Links to organisations in the area that can help your job search, careers advice or support in becoming self-employed:

As part of the Armed Forces Day celebrations 2021 we created a number of Memorial Walk maps that can be downloaded. There are 6 walks from across North Lincolnshire: