Support Pride 2020 with a day of virtual celebration 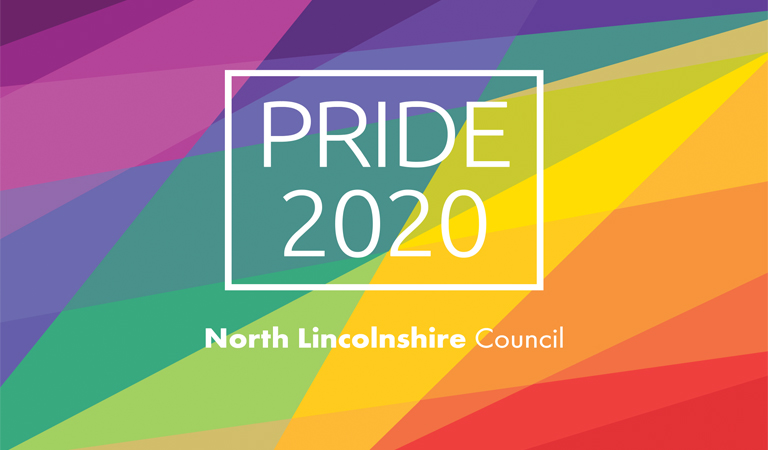 North Lincolnshire Council is showing its support for Pride with a virtual day of celebration today, 3 July 2020.

Along with our partners, including Ongo, Humberside Police and VANL we will be sharing messages of validation and support on our social media channels all day.

Members of the public are warmly invited to send in their Pride messages too, as photos, videos and comments.

The Rainbow Flag – traditional symbol of the LGBT+ community – has been raised in Church Square, Scunthorpe, and will fly throughout the month. Church Square will also light up in rainbow colours every evening.

“The LGBT+ community in North Lincolnshire is estimated to be in excess of 8,000 people, of all ages and backgrounds, and we must ensure that our young people grow up feeling accepted because of their differences and not in spite of them.

“As the citizens of North Lincolnshire it is our responsibility that we make this a reality.”

“Pride is about amplifying the voices of the LGBTQ+ community, that they are here, and they are here to stay. That they fought for the rights they now have and will continue to fight for change, equality and acceptance.

“Pride shows that those who identify as LGBTQ+ are not ashamed of who they are, despite the history and governments and people against them.”

Juliya Solovjova, who is also a member of Rainbow Youth North Lincs, said:

“As representatives of the young people of North Lincolnshire we want to say to you: “Be proud, be loud, and celebrate.”