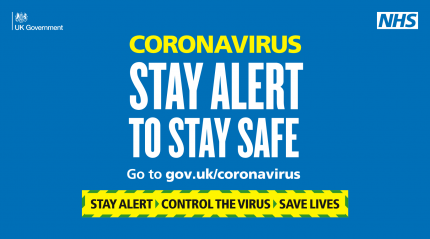 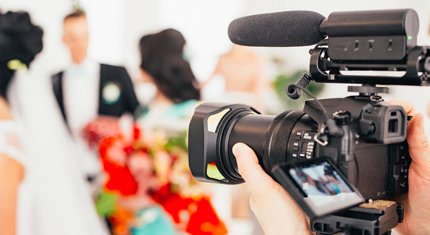 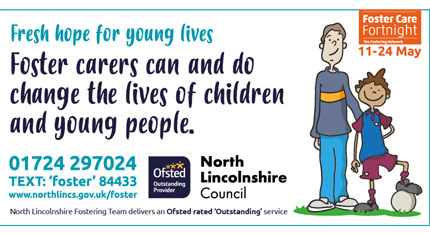 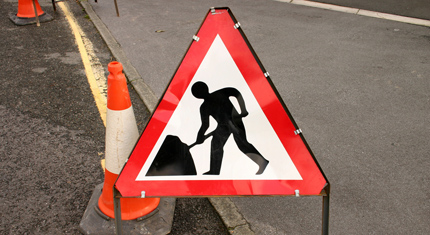 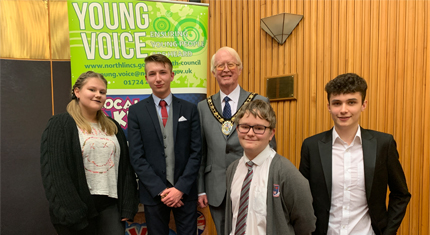 Young people aged 11 to 18 across North Lincolnshire have elected their new Young Mayor and Member of Youth Parliament (MYP) to represent their views.

With over 7,300 young people in schools, colleges and other settings casting their votes, this election saw the highest voting turnout since youth elections began in 2014.

Sixteen-year-old Levi Bonnett of John Leggott College was elected the Young Mayor, and 15-year-old Julija Solovjova from the St Lawrence Academy was chosen as Member of Youth Parliament (MYP).

Levi said he was, “honoured to be elected to the role of Young Mayor by the people of North Lincolnshire”, and acknowledged the hard work of the Youth Council. During his term in office he wants to see more LGBT representation in our area and wants to work with schools and colleges around helping and supporting LGBT students.

Julija said she wanted to keep her acceptance speech, “short and sweet, just like me”, but said she hopes to continue the excellent work of the Youth Council as part of her role.

The outgoing Young Mayor, Cameron McFarlane, was elected in February 2017. Outgoing Member of Youth Parliament, William McCullion, was re-elected in 2017 to serve his second term.

You can find out more about the Youth Council, and how you can make your voice heard, on the young voice section of our website.