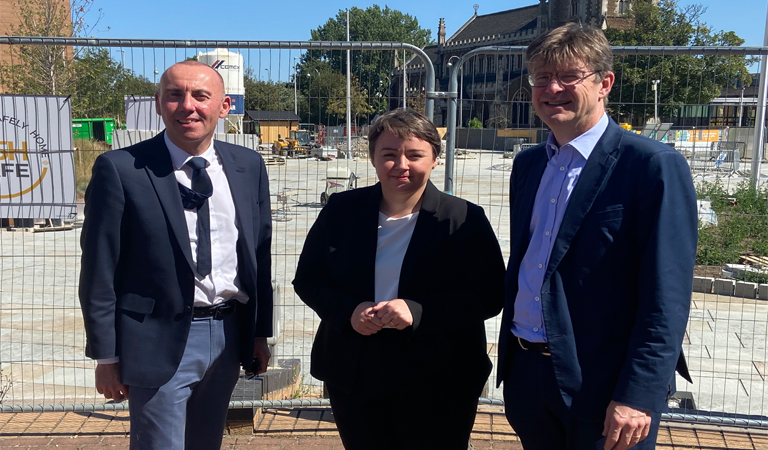 With millions of pounds of Government cash being invested in the area, the Rt Hon Greg Clark, Secretary of State for Levelling Up, Housing and Communities visited Scunthorpe yesterday to discuss progress and the exciting new plans for the area’s future.

“Greg was keen to see the progress we are making on transforming North Lincolnshire and was impressed with our future plans for regeneration as part of the levelling up agenda.

“Huge sums of money from the Government and the council are being used to improve local infrastructure and the economy to create a brighter future for our residents.

“We have already seen massive investment from the Government – including the near £25m towns deal and £10m Future High Streets Fund. We have this month submitted an ambitious bid for £70m to carry on the transformation of the area. The visit was a great opportunity for Holly Mumby-Croft and myself to talk to Greg in detail about these plans.”

After a visit to Scunthorpe Steelworks the minister was taken on a tour of Scunthorpe town centre where he was given an update on developments at Church Square and the Enterprise and Innovation Hub, before meeting shoppers at St John’s Market.