Headline acts announced for Normanby Hall’s Party in the Park 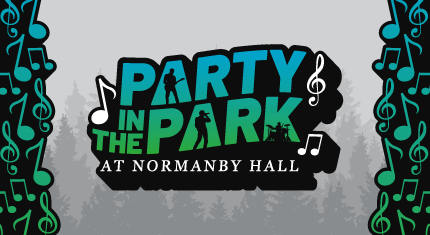 Normanby Hall Country Park has shared the first acts that will rock the Party in the Park summer music festival.

The event returns to the award-winning venue on 17, 18 and 19 July 2020, with Bon Giovi, Little Fix and Snake Davis taking to the stage.

On Friday 17 July Bon Giovi will bring some of the world’s greatest stadium anthems to the park. The band are recognised as the world’s premier tribute to the New Jersey rockers Bon Jovi. Formed in 1998 and fronted by the UK’s leading Bon Jovi impersonator, Gary Williams, Bon Giovi perform all the greatest hits such as ‘Living On A Prayer’, ‘It’s My Life’, ‘Wanted Dead or Alive’, and many more.

After their acclaimed performance last year, Little Fix will bring girl power to the park on Saturday 18 July. Little Fix are the UK’s top tribute band to girl band phenomenon Little Mix, having starred in BBC 1’s ‘Even Better Than The Real Thing’. The group power through all their biggest hits in a high energy set.

One of the most in-demand rock jazz and soul sax players in the world, Snake Davis will be teaming up with Manchester born singer-guitarist Gareth Moulton for a special performance on Sunday 19 July. Snake has performed with some of the biggest names in music, including Tina Turner, Paul McCartney and Amy Winehouse and his playing has featured on many classic tracks, including Take That’s ‘A Million Love Songs’ and M-People’s ‘Moving On Up’.

As well as music, visitors will be able to enjoy a rocking range of food and drink and entertainment.

Tickets for the Party in the Park go on sale on Friday 6 March and will be available to buy from Eventbrite, with super savings for Normanby Hall annual membership holders.