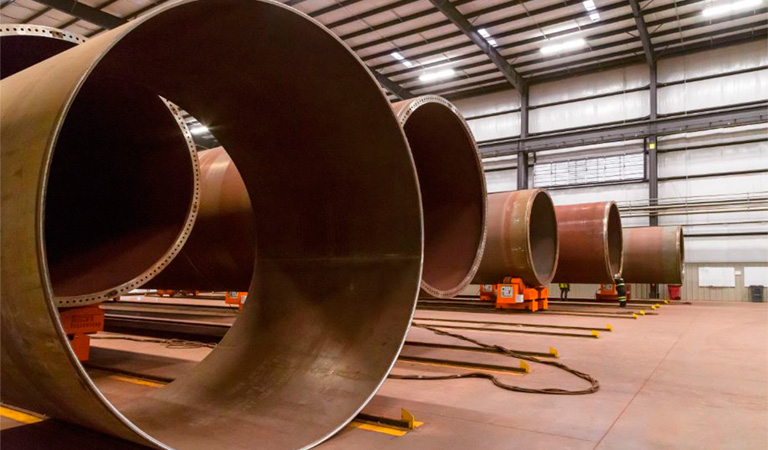 Hundreds of jobs are to be created and protected across the region after the latest major Government-backed industrial investment in the green energy sector.

More than £260m government and private sector investment has been announced to develop the next generation wind turbines.

GRI Renewable Industries is the second confirmed company to build facilities at Able Marine Energy Park near North Killingholme on the Humber bank with £78m being invested in an offshore wind turbine tower factory, creating up to 260 direct jobs.

Cllr Rob Waltham, leader of North Lincolnshire Council and chair of the Humber Leader’s Board, has welcome the announcement.

He said: “This latest Government backing for the world-leading offshore wind manufacturing industry is further evidence of the confidence in the sector and the region.

“I am looking forward to welcoming GRI here. They are a global company with 16 factories around the world and I am delighted they have chosen North Lincolnshire for their new UK base.

“This is further evidence of the critical part that this area – including across the Humber and through Greater Lincolnshire – will play in the UK’s recovery and renewal.”

As well as the new development at the Able site, Siemens Gamesa will invest £186m to expand its blade manufacturing site on the north bank of the Humber, creating and safeguarding up to 1,080 direct jobs. As a result of the investment, the company will be able to manufacture the next generation of offshore wind turbines and blades greater than 100 meters.

It is all part of government’s ambitions to grow and nurture a strong, world-class offshore wind manufacturing base in the UK, attracting vital investment and ramping up export opportunities.

Business & Energy Secretary Kwasi Kwarteng said: “With its close proximity to some of the world’s largest offshore wind farms and strong skills base, the Humber region is vitally important for the growth of the British offshore wind industry and is at the heart of our green recovery.

“Our announcement backed by private investment will give a boost to this important industrial heartland, creating and supporting thousands of good quality jobs across the region while ensuring it is on the frontline of developing the next generation of offshore wind turbines.”